We do not diagnose disease or recommend a dietary supplement for the treatment of disease. You should share this information with your physician or other who can determine what nutrition, disease and injury treatment regimen, or other is best for you. You can search this site or the web for topics of interest that I may have written (use Dr Simone and topic).

Antioxidants and Other Nutrients Do Not Interfere with Chemotherapy or Radiation, and Can Increase Kill, Decrease Side Effects, and Increase Survival (excerpt from Cancer and Nutrition) Lawrenceville, NJ (Dr. Simone) – The successes in cancer treatment plateaued in the 1970s, and no significant advances have been made since then.  Chemotherapy and radiation therapy, however, continue to have a large role in cancer treatment but produce great morbidity. Two prescription medicines, Amifostine and Dexrazoxane, both antioxidants, reduce cancer therapy side effects without interfering with tumor killing.  Amifostine (WR-2721) is an antioxidant analog of cysteamine discovered by the Armed Forces at Walter Reed Army Hospital that reduces side effects and increases response rates without interfering with cancer therapy (29 studies).  Dexrazoxane (ICRF-187) protects the heart from adriamycin toxicity without interfering with the antitumor effect (21 studies) by chelating iron that would otherwise form free radicals.

Despite the common use of Amifostine and Dexrazoxane, and in direct opposition to clear scientific findings since the 1970s, many patients have been told not to use food supplement antioxidants and other nutrients during chemotherapy and/or radiation therapy because there is an erroneous but seemingly logical belief that antioxidants interfere with radiation and some chemotherapies because those modalities kill by generating free radicals that are neutralized by antioxidants, and also, that folic acid interferes with methotrexate.

Front page Sunday New York Times article on October 26, 1997: “Research at [Memorial Sloan Kettering] showed that large doses of vitamin C could blunt the beneficial effects of chemotherapy for breast cancer…It is also known that folic acid can negate the effects of methotrexate, a drug used to treat cancer.”

The research referred to was finally published almost two years later demonstrating only the mechanism by which cancer cells obtain vitamin C and that more vitamin C was found in mice cancer cells compared to normal mice cells.  However, the senior author of that paper stated in a news release on the day of publication (September 15, 1999), “It’s possible that taking large amounts of vitamin C could interfere with the effects of chemotherapy or even radiation therapy.”

A single front page interview in the Sunday New York Times in 1997 based on no published scientific work, and a single mouse cell paper and comments in 1999, led to the erroneous notion that vitamin C interferes with chemotherapy and radiation in humans.  This notion soon applied to all antioxidants as physicians, patients, the media, the American Cancer Society and scores of web sites took the same position without reviewing the scientific evidence.

HUMAN STUDIES
Fifty human studies, involving 8,521 patients, 5,081 of whom were given food supplement nutrients, have consistently shown that non-prescription antioxidants and other nutrients: 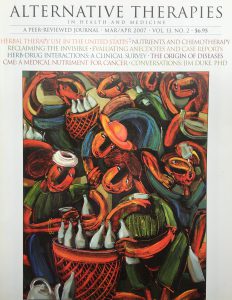 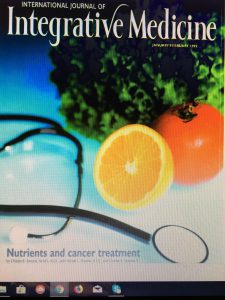 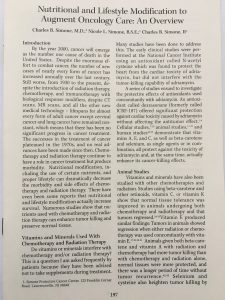 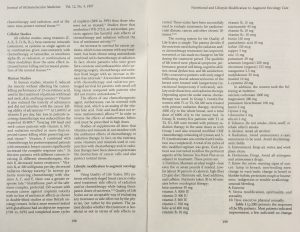 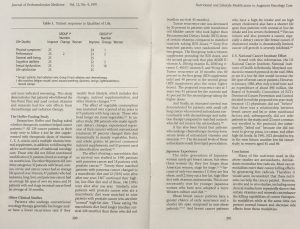 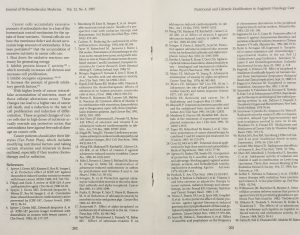 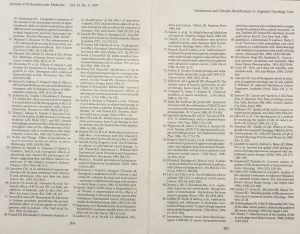