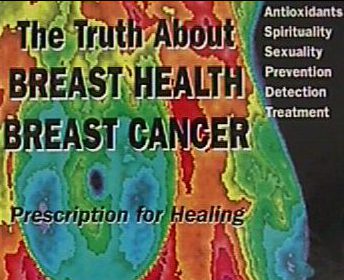 Lawrenceville, NJ (Dr Simone) – Studies from 1992 show that hormonal treatment for early stage breast cancer is as good as or better than chemotherapy. In fact, the Lancet Editorial Staff concluded in 1994:

“Chemotherapy in the management of breast cancer has a dim future.”

A 2018 study (TAILORx) using analysis of 21 genes that costs $4,620 per test arrives at the same conclusion – that hormone treatment alone can be used for early staged breast cancer (https://www.nejm.org/doi/full/10.1056/NEJMoa1510764).  Because of intense lobbying, the gene test was placed into the NCCN Guidelines Panel: Breast Cancer, it was sponsored by the National Cancer Institute (NCI) and was coordinated by the Eastern Cooperative Oncology Group (now the ECOG-ACRIN Cancer Research Group), all enhancing its credibility. Genomic Health’s total revenue was $340.8 million in the full year 2017, and increasing. BUT THIS GENE INFORMATION DOES NOT PROVIDE ANY NEW TREATMENT INFORMATION.

The following is an excerpt of Chapter 24 from my book, The Truth About Breast Health – Breast Cancer 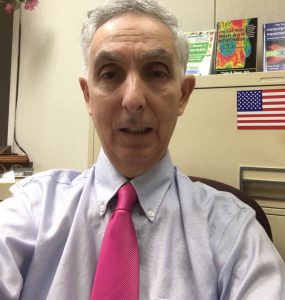 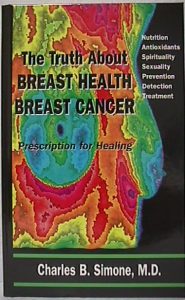 In 1992 the medical journal Lancet published two articles from the Early Breast Cancer Trialists’ Collaborative Group involving 133 randomized trials with 75,000 women who had early breast cancer and received systemic treatments consisting of hormonal therapy, or chemotherapy, or immunotherapy. HORMONE TREATMENT WAS AS GOOD AS OR BETTER THAN CHEMOTHERAPY AND IMMUNOTHERAPY.  The Lancet convened an international conference in 1994 to review new issues to help breast cancer patients and acknowledge the failure of existing treatment and concluded the following:77

“CHEMOTHERAPY IN THE MANAGEMENT OF BREAST CANCER HAS A DIM FUTURE.” 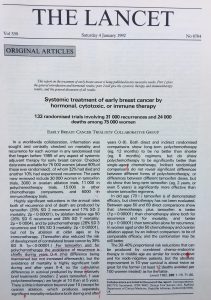 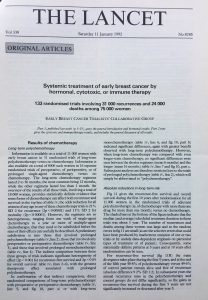 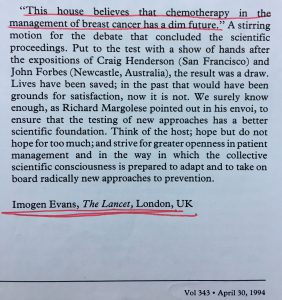 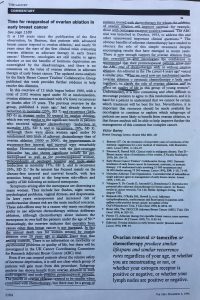 About 8% of women in the United State with breast cancer who have negative nodes would have an improved disease free interval if they receive systemic treatment (less disease events during their life span but no increased lifespan). The lifespan was the same for those who received treatment and for those who did not. To achieve the benefit of less disease events for the above 8% patients, the other 92% would have to be treated and would receive no benefit. The total cost – $675 million per year. The analysis does not consider toxicity and possible 2% treatment-related deaths.

SO HOW DO YOU DECIDE WHO SHOULD RECEIVE SYSTEMIC TREATMENT?  The review of 133 randomized clinical trials demonstrated that systemic adjuvant treatment reduced the odds of recurrence by 25%.  Prognostic factors determine the risk of recurrence  – Table 24.2. For instance, the five-year recurrence rate for having ductal carcinoma in situ is 1%, which means only 1% of the people with this diagnosis will have a cancer recurrence in the first five years. If a patient has a tumor less than 1 cm in size, the five-year recurrence rate for that prognostic factor is only 6%.  But the reduction is greatest when the patient has prognostic factors consisting of aneuploid and high Cathespin D levels. Her five-year recurrence rate is 60%, which means that if she receives no treatment, she has a 60% chance of having a recurrence in the first five years. That 60% is reduced by one quarter to 45% if she receives adjuvant systemic treatment. It would, therefore, make sense to treat this patient but certainly not a patient with ductal carcinoma in situ.

Hormonal therapy and chemotherapy afford the same survival and disease-free interval. Chemotherapy is no more curative than hormonal therapy, and it is much more toxic.  So, why is chemotherapy still used? Patients with cancer have grown up listening to organized cancer groups, physicians, and media extolling the virtues of chemotherapy.  The more often you hear it, the more you believe that if you have cancer, you must have chemotherapy.  And patients want hope. For instance, over half of a group of patients receiving chemotherapy for metastatic disease (incurable) believed that they would be cured, and all of these patients believed that chances of “cure” were greater than 50% when they were told the opposite.73 And even when they were told what the cure rates were for their stage of disease, patients discounted them.  American oncologists are more likely to advise chemotherapy over hormonal therapy than their counterpart oncologists in Europe.74 Most oncologists advise chemotherapy believing it will improve survival when it actually does not.74 And patients want their physicians to make the major decisions.75

Survival for breast cancer patients has changed little since 1930 using conventional treatment.  However, I am convinced that women who follow an optimal lifestyle (Ten Point Plan) coupled to effective treatment using non-immunosuppressing agents when possible, will fare better and live longer (Figure 24.1). They will be more competent immunologically, and their cancers will not be fed by lifestyle factors that we know perpetuate cancer growth.